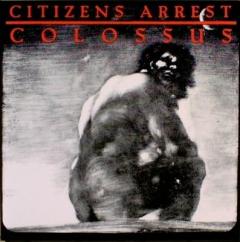 Back in print, double LP discography of this killer NY fast hardcore band. CA came around at a time when hardly anyone was playing fast furious hardcore. They took the Heresy/Ripcord sound and mixed in a bit of NYHC and some crust/grind influence for a hard driving and powerful hardcore sound. This band was really popular in the late 80's and early 90's because they managed to appeal to then booming SEHC and Crust scenes simultaneously. I think they got somewhat overshadowed by Nausea and Born Against who seemed to get a lot more attention, but to my mind their music has held up much better than either two of those bands. Not to say those bands were bad, but they now sound very much like a product of their times, while Citizens Arrest is still sounding very vital, raw and powerful.