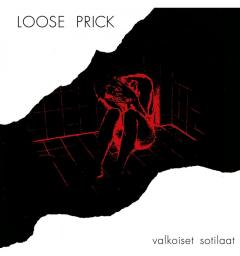 Svart Records Re issue of this Finnish punk bands 1980 Lp originally released on Poko Records. This band have never made as strong an impression on me as many of their contemporaries, but giving it another listen it's totally solid, if slightly more melodic and pop influenced. There's a little bit of a Clash influence here, but all in all this LP is a little less snotty and aggressive and a little less UK influenced than the other bands on Poko.