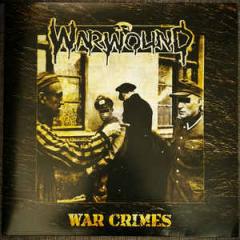 This 12" compiles 9 tracks from the early days of the second version of Warwound. Some were Warwound songs from 1983 before Damien joined Varukers that were reworked, one is a Sacrilege track, and the rest were written when Warwound came back together in 2015. Seveal were previously released on comps and splits. I really like this material as it is more of a fast hardcore punk vibe than Warwoud's material which followed. There is almost no metal/crust influence here, just fast paced hardcore in the "Another Religion Another War" vein. Green Vinyl.