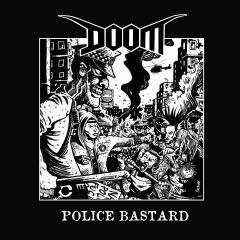 Here we are a deluxe re issue of this 1989 ep, originally released on AYF records (a co op label which spawned both Havoc and Profane Existence) with new artwork and a poster. Classic UK crust, think back to 1989 when this music was taking the world by storm. It was a blast of raw hardcore power against the cops, the system, and the malaise of the scene in those days dominate by white hat mosh, pop punk, and conformist jock core. We can debate the merits of all that followed during the rise of crust, but this 7" is pretty fucking killer.