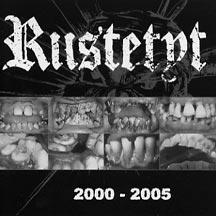 CD collects all of Riistetyt's material from their reformation in 1999 to the present. Included are the Tervetuola Kuolema 7" (Fight/Havoc, 2000), Kuka Valehtelee? LP (Fight Records, 2001), Orjat Ja Kurkat 10" (Fight, 2003) and the latest Kahleet 7" (Havoc, 2005) Plus there are 3 bonus tracks from the Kahleet session that aren't on the 7". Riistetyt were famous in the 80's for playing hardcore thrash influenced by Chaos UK, Discharge and Disorder. Their modern sound picks up the progression of this style of Finnish hardcore and adds a deeper, heavier, more brutal tone more in line with modern Scandinavian crust. The Discharge/UKHC influence and the classic Finnish sound are still the main elements. However, the production and musicianship are more up to speed with current hardcore sounds. A lot of old bands get back together to cash in on their old material. Riistetyt has taken the old sound and updated it, and their new material shows what experienced hardcore players can bring to the table. One of very few bands from the 80's who's current material is not only on par with their original output, but on par with contemporary bands as well. Includes lyrics in Finnish and English. The lyrics deal with a lot of "dark" topics, war, persecution, death. But this morbid outlook is more from a stance of protest than just reacting to the horror. The music and lyrics together express outrage at the death, injustice and oppression rampant in the world today.